4 Things Every Woman Should Know About Negotiation 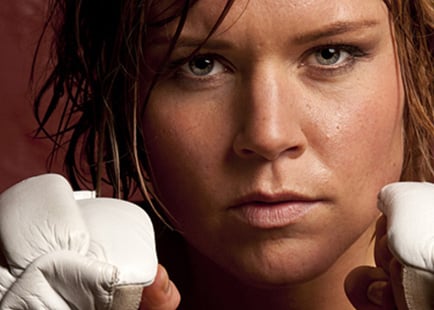 For many women, negotiating can be a tricky thing. Hannah Riley Bowles, a Senior Lecturer in Public Policy at Harvard Kennedy School, has devoted her career to researching the nuances of gender negotiations and the attainment of leadership positions. Through her research, Bowles has unearthed several insights that can help all women be more successful in their negotiations.

Feeling Icky? There’s A Reason.
When it comes to negotiating salary, many women describe an icky or uncomfortable feeling that takes over before heading into the conversation. Turns out, there’s a reason why that happens.

First of all, the idea of women self advocating and claiming more money for themselves comes into conflict with the feminine ideal. Contradicting the female stereotype can make women feel nervous and insecure when they go into a negotiation. Bowles explains that this is both a product of women’s own perception of the feminine ideal and their perception of what men think of them. Whether it’s conscious or not, being aware of how men think women should act can have an impact on how a woman approaches the negotiation.

Women Are Actually Great Negotiators
In spite of this, Bowles’ research revealed that women are actually excellent negotiators… as long as they’re negotiating on behalf of others. Her studies show that women are much more successful when they’re advocating for a colleague instead of themselves. It makes sense; advocating for others fits in with the feminine ideal of the Mama Bear cares for everyone around her.

What Bowles’ study shows is that it’s not negotiation itself that is challenging for women; it’s negotiation on behalf of oneself. The question is how women can channel their ability to advocate for others to advance their own careers.

Think I, Talk We
One strategy Bowles suggests for becoming more successful at negotiation is the “Think I – Talk We” approach, a phrase coined by Sheryl Sandberg in Lean In. This approach means going into the negotiation with a very clear sense of what you want and why you want it, but in the actual conversation taking on the perspective of the people at the other end of the table and showing them why the negotiation is valuable in their eyes. Bowels’ research revealed that women who signaled concern for the organization and took on the perspective of the people across the table were far more successful in their negotiation attempts.

Stay Authentic
Another negotiation tip from Bowles: be yourself. Many women who sense that they may be contradicting the feminine ideal will actually respond by acting stronger and more forceful. If that’s your personality, great, but many times women change who they are in negotiations because they believe it’s the only way to be successful. Most of the time, this backfires, according to Bowles’ research. If you start to say things that sound different than who you are, that’s a red flag.