Breaking Up Can Be Hard To Do 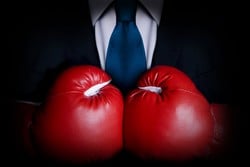 Are you going through a break up after living together with someone?

Sadly, by the time cohabiting couples begin thinking about their rights it will be far too late because until you do break up, you don’t give this any thought.

A recent court case highlights once again the dangers of living together without entering into a formal cohabitation agreement.

The case in question involved a couple who had lived together for 16 years. In this time, they jointly bought a house and intended to marry but never did so. When their relationship came to an end they agreed to terminate their co-ownership of the property.

What they couldn’t agree on was how to split the sale proceeds of the property.

Because the couple had no written agreement as to what their respective financial obligations were in regard to the costs of acquiring and maintaining the house, the court had to exercise its discretion in deciding who got what.

The main dispute concerned expenses relating to the property, which only one of the parties – the man in this instance – paid for.

The man claimed he had spent R815 000 more than his then partner on the property which he wanted back before sharing the balance of the sale proceeds with her. The woman asserted that the man’s claims had prescribed i.e. had become legally unclaimable for lack of enforcement within 3 years of the incurring of those expenses.

The man tried to convince the Court that his co-ownership of the property amounted to a partnership thus keeping his claims alive. He failed – losing R815 000 in the process.

In the final analysis however both parties were losers because if they had signed a comprehensive cohabitation agreement at the outset, they would have avoided the whole dispute and with it the delay, uncertainty and legal costs