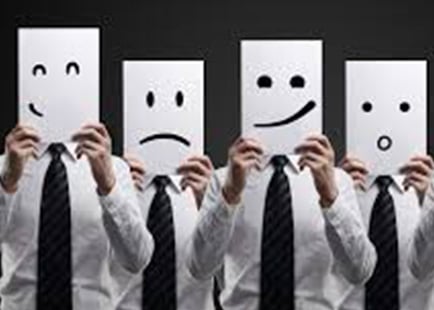 People have strong feelings about negotiation. Sometimes those feelings erupt. The 2011 sale of a $3 million brownstone in New York’s Greenwich Village almost fell apart because of a dispute over an old washing machine that the sellers had removed from the premises two days before the closing. Stephen Raphael, the lawyer for the owners, told the New York Times that it really wasn’t worth fighting over, “but the buyers had already felt pressured to up their offer and to concede many things, and this was the last straw.”

At the closing the sellers still refused to replace the machine. One of the buyers ripped up a seven-figure cashier’s check for the balance due, put a match to the scraps, and stomped out of the room. The sellers finally relented and agreed to reduce the price by $300. The brokers found the angry buyer at a nearby bar, nursing a drink. They coaxed him back and the deal was done.

Negotiations can get even hotter. Fern Hammond, a New York broker, was present years ago when an angry woman flung a set of house keys at a man’s face as hard as she could. “All of a sudden there was blood all over the place,” Hammond said in the same Times story. “Everyone was pushing the papers out of the way.” The target of the woman’s anger was her own husband. She was furious that he had agreed to sell their place for less than she thought it was worth.

Yet while some people boil over in negotiations, others freeze up. Take Chris Robbins, an emergency room physician at a Boston hospital. Day and night Robbins makes tough decisions when lives hang in the balance and seconds count. He’s exactly the kind of doctor you’d want if you were wheeled in on a stretcher: calm, cool, and collected under stress.

But his composure dissolves when it comes to negotiating. Robbins craved a spot in a highly selective clinical training program but was tied up in knots about asking for the two-month leave it would require. Such requests were unusual, and given staffing problems at the time, he risked seeming disloyal to the ER team. The mere prospect of a confrontation was so intimidating that Robbins never even raised the issue.

People like Robbins are practically phobic about going to the bargaining table. They’ll do anything to avoid pushing or being pushed. They’re neither competitive nor cooperative—instead, in psychological terms, they’re avoiders. If their minimum needs are met, they’ll sign on the dotted line just to end the stress of dealing with people who have different agendas and styles. That is an expensive aversion, however.

Then there’s Donald Dell, a pioneering American sports marketer and agent. Dell relates in his book, Never Make the First Offer, that when he was just starting out, he was in a tense negotiation with the new corporate owner of the Head tennis racket brand. Head had previously struck an endorsement deal with one of Dell’s star clients, Arthur Ashe, which gave the U.S. Open and Wimbledon champion a 5% royalty on all sales. The new owner wanted to scrap the arrangement. Dell and Ashe naturally wished to keep it going.

Dell was in the middle of making his case to some senior executives when the door flew open and the company chairman stormed in. “Goddamnit!” he screamed. “This is outrageous. He’s making ten times what I’m making, and I’m chairman of this company!”